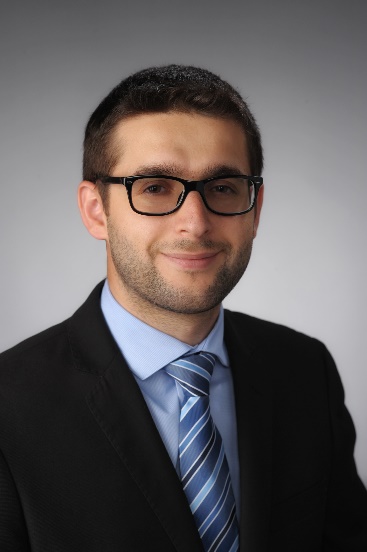 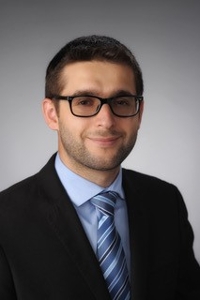 “Sarajevo is a perfect example of peaceful co-existence,” says Duric, Syracuse University’s Muslim chaplain. “You see mosques, cathedrals, synagogues, orthodox churches. People learn how to contribute to a community of understanding where, despite their differences, they feel a sense of belonging.”

It is that sense of belonging that Duric, his colleagues at Hendricks Chapel, the Office of Diversity of Inclusion and other University staff strive for as they expand services and programs for Muslim students. From educational programs, to prayer spaces, to dining options, the growing Islamic community on campus is finding new ways to build community.

“There is a new dedicated prayer space on Bird Library’s fourth floor originally initiated by the practice needs of our Muslim students, though it is open to all faiths and all people for prayer and meditation,” says David Seaman, dean of libraries and University librarian. “Students are in the library for long stretches of time. For Muslim students in particular, it was really inconvenient for them to have to pack up five times a day and leave the building to pray.”

In addition to prayer needs, the libraries have invested in online collections because of an increased interest in Islamic studies, as evidenced by the popularity of Duric’s Understanding Islam lecture and discussion series, launched two years ago.

“I had planned to offer it only one semester,” says Duric, “but interest has been so strong, I have already facilitated five consecutive semesters. The diversity of community members from all faiths who have attended demonstrate the desire to learn about each other, learn from each other and get to know each other, an essential step in tackling Islamophobia and misconceptions about Islam and Muslims.”

With COVID-19 related restrictions, the series recently morphed into one-on-one or small group discussions, but Duric is hoping it will return in series format next semester. In direct response to COVID-19, Duric launched Spiritual Sitdowns, an opportunity for Muslim students to stay connected to each other through cyberspace. “In addition to the Friday reflections and online classes, I thought creating a space where students could share and process feelings could be of tremendous value. This online space became an oasis of peace, learning and community bonding that brought together current students and recent graduates.”

A recent survey of 498 Muslim college students from 32 states found an overall increase in anxiety, stress and depression, along with an increase in religious practices and rituals. “In challenging times, there are indicators that the meaning of these religious practices increases as well, and they become effective coping strategies,” says Duric. “If the prayers and other spiritual practices are always approached with such concentration, presence of mind and heart, and contemplation, they will help develop self-discipline and resilience and positively impact well-being.”

Another way to positively impact well-being and enhance the Muslim student experience is through the dining experience. According to Stephen Brandt, Ernie Davis dining center manager, the interest in Halal foods (translated as permissible according to Islamic law), has increased dramatically. With feedback from Muslim students, “we went back to our vendors and suppliers of meats and other products to ensure that items were acceptable,” says Brandt. “Now, the majority of bone-in chicken served is Halal, which is good for everyone who dines in a dining center.”

“We also discovered that some of the cheese we had been using was not Halal,” says Ruth Sullivan, the assistant director of nutrition management, explaining that enzymes used to make cheese can come from animal, vegetable or microbial sources. Cheese products from microbial/bacterial cultures are Halal. “We had our vendor substitute a parmesan cheese that is Halal, and we now use that in our dining options.” The Halal food choices are clearly marked on the dining services menu and more options are being considered as students offer favorite recipes, including kabobs, shawarma, gyros and biryani.

With the month of Ramadan beginning in April 2021, dining services is preparing now to ensure that foods are available before sunrise and after sunset for observant Muslim students. And plans are in the works for opening a Halal Shack in the renovated Schine Center. “I love that I’m learning so much, working with Amir and Eboni Britt [executive director of strategic communications and initiatives, Office of Diversity and Inclusion] and our students,” says Sullivan.

“Our students recognize the University’s efforts regarding diversity and inclusion issues,” says Duric.  “As these issues go beyond our campus, we believe that Syracuse University can and will set an example for many other universities on how to create a welcoming campus climate for all its members.”