Dear SU students, the Syracuse community is your home too 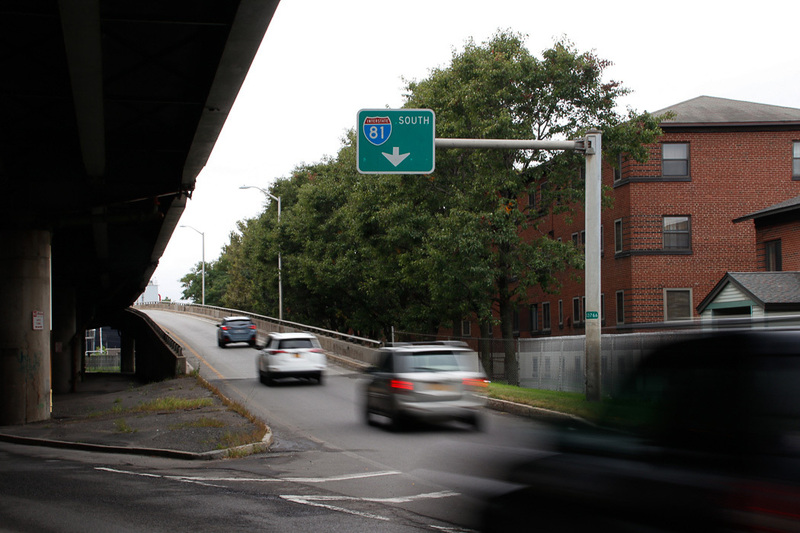 Working harder to push community involvement can magnify the importance of not only the community grid, but also ensure that Syracuse doesn’t repeat history.

Right next door to Syracuse University is a gold mine of history. Untouched and often feared by SU students, is an entire community. A community that they knowingly or unknowingly neglect, but now must call home for the next four years. I am a Syracuse native, and you are now living in my city. I dare you to take a step off the University Hill and get to know your new neighbors, starting with the one next door, Pioneer Homes.

The I-81 highway sits pretty on land that was once known as the 15th Ward. Unlike Pioneer Homes, which is public housing built between Brewster, Boland and Brockway Halls and the highway, the 15th Ward was a community made up of middle-class Black and Jewish families who had private instead of public housing up until the 1960s. For them, the neighborhood was a refuge, but not by choice. While racist housing policies forced families to only find housing in the 15th ward, it blossomed into a strong community. More than 11,120 Syracuse residents lived in the 15th Ward by 1960.

When the city proposed constructing the I-81 viaduct, 15th Ward residents rallied together and fought to keep their homes, businesses and memories from being demolished. With the Urban Renewal Project, which brought the city the Everson Museum, government buildings and an expansion of Downtown Syracuse, it was becoming clear that 15th Ward residents had to leave. Since families living in the 15th Ward were originally forced to live there due to redlining and racist housing policies, they still had a difficult time finding new housing.

To create a quick fix for the now displaced BIPOC families, the city began construction. Public housing such as Pioneer Homes and Central Village were then built to help accommodate. Sadly, the public housing designs clearly were not meant to last long term or accommodate more than one child. With no playgrounds or enough rooms for large families and the poor construction of the homes themselves, many looked to private housing. Discrimination in housing was still rampent, making it seem hopeless to leave public housing.

While digging for information at the Onondaga Historical Association research center, I found conflicting stories from two different sides of the construction of I-81. Media and politicians identified the 15th Ward as a slum, painting a picture that the homes and community were in such disarray that it justified tearing down and slapping a highway on top. A Wall Street Journal headline from 1967 reads, “Syracuse & Race. New Economic, Other Forces Create the Ghetto.” The accompanying article quotes former Syracuse Mayor William Walsh and portrays politicians’ view of the 15th Ward, acknowledging that the city didn’t take any consideration for the community living there. Mayor Walsh’s quote reads, “Let’s put it this way. You didn’t have to consult with anyone to know the 15th Ward was an awful slum. And you didn’t need to consult with anyone that needed to go.” The 15th Ward also lacked political leadership from within the community, making it an easy target.

However, Oley Scruggs, an African American studies professor at Syracuse University who grew up in the 15th Ward community, recalls the construction of the highway differently, according to the Onondaga Historical Association. “The Ward, however, was a refuge from discrimination. Social cohesion was provided by clubs, churches and the Dunbar Center, the most prominent community institution,” he states, “But most of all, the ties that bound rested on the camaraderie that blossomed from knowing virtually everyone in the community.” Locally-owned businesses, grocery stores, law offices, churches, synagogues and other community resources provided needs and jobs that residents would not be able to find elsewhere.

Social, economic and political forces destroyed and displaced a community. Current conversations around what’s next for I-81 are being more intentional of the community and acknowledging the 15th Ward’s history. With the approval of the community grid, local residents questioned what would happen to those living in Pioneer Homes and students who attend the Martin Luther King Junior Elementary School, which serves the area.

There are benefits to tearing down the highway and replacing it with a community grid. The city is aiming to increase traffic to businesses, provide safe travel for pedestrians, and develop a more connected community without a physical barrier. However, families living next to the highway worry about noise pollution, air quality and of course whether they will be displaced during deconstruction of the highway. Education on the 15th Ward sheds light on the significance of what will happen next to I-81. Pioneer Homes, like the 15th Ward, is a community, with real people and these are their homes. To prevent past injustices from reoccurring, it is important to take action now.

Still there is more work to be done, according to Deka Dancil, some of which falls on SU students. “Professors can invite people to their class and educate them, host events so students can understand the history, what’s coming and how they can be involved,” Dancil said. “They can donate to these organizations, like Syracuse Build.”

SU is present at the table when it comes to private conversations revolving around Community Grid, Dancil mentioned.“They can go out on their own and talk to the community and see how they can leverage their power to help advocate for what the residents want to see and again what’s going to be best for them and best for everyone vs a subset of individuals,” she said. SU students should also show support for organizations involved in this fight.

Working harder to push community involvement and understanding can magnify the importance of not only the community grid, but also ensure that Syracuse doesn’t repeat history. With such a lack of communication and education, many students continue to view the city of Syracuse as dangerous or “ghetto.” Without the University better integrating alongside providing education, students will continue to have a negative outlook on the community, let alone want to become engaged with it.

Sarhia Rahim is a Sophomore Policy Studies Major. Her Column appears bi-weekly. She can be reached at [email protected].