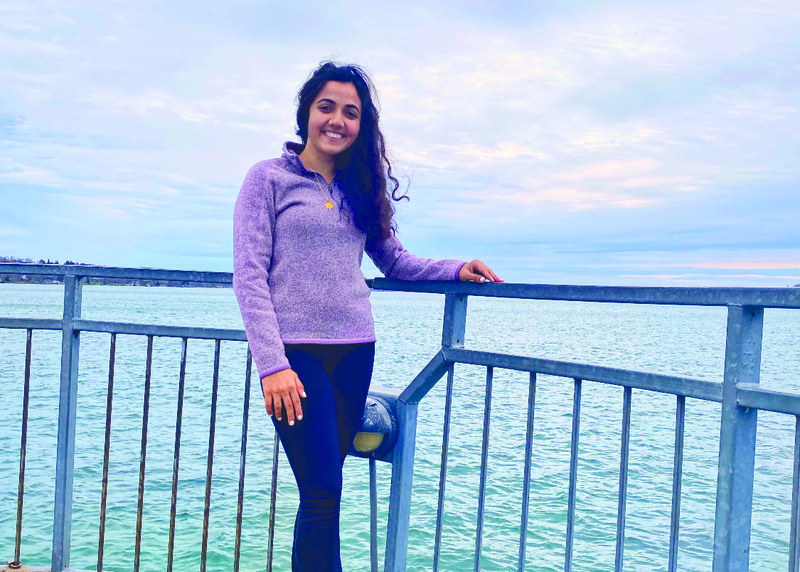 My name is Malaika Nehal and I am a junior at Syracuse University. I was born in New Brunswick, New Jersey, but both my parents are from Pakistan. My ties to the motherland are still strong, even if I’m many miles away. I’m proud of my country but lately Pakistan has been suffering.

Over the past two months, my country has endured terrible natural disasters, starting with deadly flooding, which led to the demolishment of villages, hospitals and towns. The start of June usually indicates the start of the monsoon season—caused by a direction change in the wind that occurs during a seasonal transition—but this year has been one of the worst. United Nations Secretary General António Guterres called it “a monsoon on steroids.”

The flooding in Pakistan has caught the attention of national news networks and organizations. This historic rain pour has almost flooded 15% of the country. Due to the floods, Pakistan has become a very dangerous place for people to live in. Power lines have dropped or hang very close to the grounds, schools and children’s playgrounds have sunk and farms have been swept away along with the livestock. Diseases such as malaria and water residing diseases (like e.coli and cholera) have also skyrocketed in the past two months. Moreover, the climate in Pakistan, especially Karachi, has been getting warmer recently, which is also life threatening. Diseases that originate from animal waste and water are starting to rapidly kill the people of Pakistan. Flies are always circling the surface of water, carrying life threatening diseases, and with the little resources the country currently possesses there is limited access to medicine.

We usually visit family in Karachi once or twice a year, but this summer I wasn’t able to. In the coming months, I will hopefully visit Pakistan, given that the aid provided helps revive the country. My father is currently in Pakistan to see the devastating results first hand and will hopefully return safely in the coming week. He says that conditions in Karachi are not ideal, but other parts of the country have been hit so heavily that it is starting to hinder children from attending school.

Since September 2nd, 33 million Pakistanis have been affected by flooding. People in the extreme north and south of Pakistan have been affected and are either seeking higher ground or fleeing the country. Threats such as landslides and mudslides are the biggest issues because of how destructive these natural phenomenons are. Landslides trap citizens living in villages and in between valleys for days, and torrential rain eventually kills them. Others have had to relocate with no warning or preparation.

The area that seems to be getting hit hardest in these rainfalls is the province of Sindh. This is because on average Sindh is receiving about 800% more rain than usual and they were not equipped to handle problems like these.

The most concerning part of these devastating events is that small villages and even larger towns still have not received aid from the government, instead they are receiving aid from countries such as the United Arab Emirates. The UN agency has released approximately 184,000 relief sites across Pakistan. Citizens in distress are still awaiting aid, such as paramedics to find their loved ones lost in the floods. When these terrible floods started back in June, the country declared a state of emergency, hoping it would alert their need of extra aid and resources from the government. However, since the death toll surpassed 1,000 back in mid August, the government still has yet to find the resources to help relieve the country.

I hope that the city of Karachi stays safe and takes initiative in assisting the rest of the country in getting the help they deserve. Furthermore, a lot of organizations in the United States, and even Upstate New York, have started fundraising for Pakistanis who have been affected by the floods. These funds go straight to villages and towns who are in the most need of life-saving resources. So, if you find yourself with free time please explore fundraising campaigns, such as the World Food Program to help flood relief for my country.