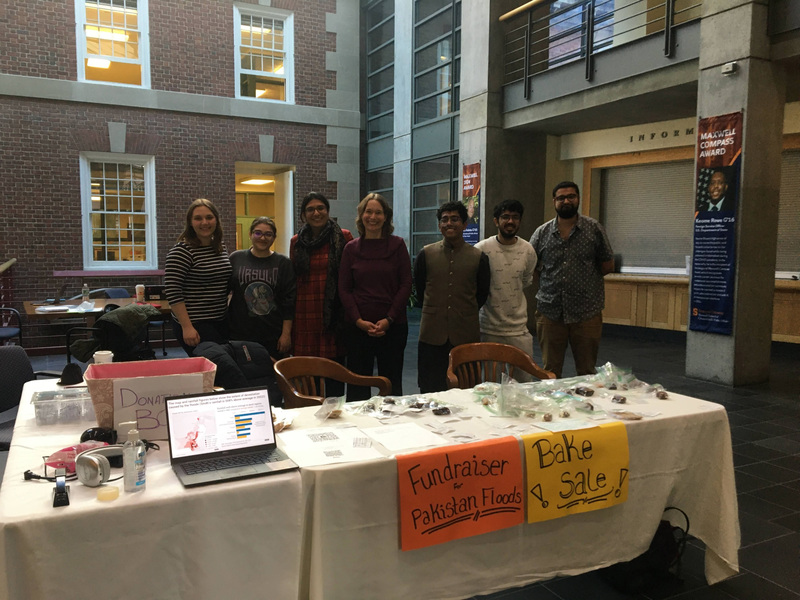 Pakistani students at SU raised over $1,300 in 4 hours at a bake sale benefitting people affected by the recent floods in Pakistan.
By Kyle Chouinard NEWS EDITOR

Before leaving Pakistan, Shahzeb Naeem would take monthly visits to his friend living in Gambat. As he began to take classes for his master’s degree at Syracuse University in late August, his friend’s home was “devastated” by flooding that left a third of Pakistan underwater.

“(I) would do anything to go back right now,” Naeem said. “And then I’m here in America pursuing my studies, so I felt powerless.”

Throughout late August and much of September, Pakistan had record floods that killed over 1,700 people. Now Naeem, along with fellow Maxwell graduate students Ibrahim Eras Tahir and Adil Ashraf Mayo, has worked to raise funds and spread awareness about the country’s ecological disaster. On Wednesday, the three held a bake sale as their first event.

Naeem, Tahir and Mayo — along with a handful of fellow students — sold around 250 baked goods while tabling in the Maxwell School of Citizenship and Public Affairs, raising over $1,300 in just four hours.

The group will be sending the funds to the Legal Aid Society, the Edhi Foundation, the Women’s Democratic Front, HANDS and the Welfare Association for a New Generation. Mayo said a dollar from the U.S. goes further in Pakistan — as of 2021, the U.S. dollar had over 40 times the purchasing power compared to the Pakistani rupee.

Mayo, who lives in Pakistan, said being in Syracuse and pursuing a degree while the country flooded felt like an injustice.

“That’s why we feel motivated to raise funds over here, because (I want to have) at least some part in helping,” Mayo said.

Tahir’s father was born in the city of Rawalpindi in Pakistan. Tahir called the country his “second home”, though he lives in the U.S.

“It’s something that hits home very much because the people that have been impacted are, a majority, mainly people who are already struggling to make ends meet,” Tahir said. “They’ve lost their homes, they’ve lost family members.”

Following their initial fundraising event, the three now want to bring experts to SU to speak on climate justice. Tahir referred to the discrepancy between the world’s largest polluters and the countries that will bear the brunt of climate change, and said he wants the topic to be a major part of the talk. 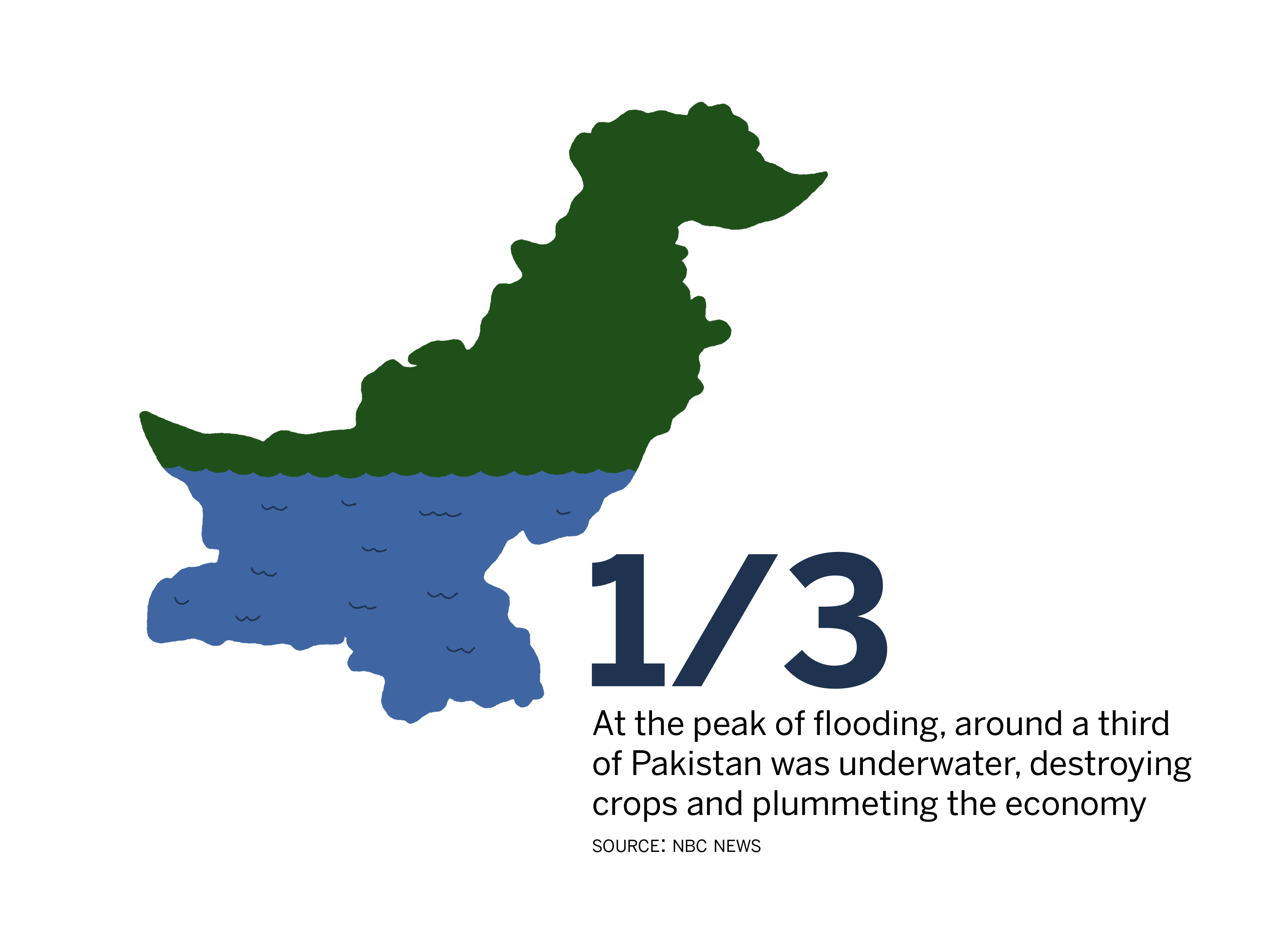 “I am a strong believer in the idea of having equity in our global emissions,” Mayo said. “Temperatures are rising each year, so it’s eventually going to affect most of the world.”

Tahir said that the largest polluters, like the U.S. and China, should be doing more to support countries that are facing the impacts of climate change. As of Sept. 9, the U.S. provided over $50 million in disaster assistance to Pakistan. Still, Tahir said the country needs to do more for Pakistan.

He said the aid is “like crumbs” considering the financial damages in Pakistan, which the country estimates to be around $30 billion.

Mayo said the school would need to make sure any panel on climate change’s disparity has representation from those who have been directly impacted. Beyond South Asia, Mayo wants experts from Africa to sit on the panel.

“And more than just a tokenistic representation (like) ‘we have four out of our eight speakers that are brown and dark enough,’” Mayo said. “It’s always better for a person who is closer to that demographic being affected because they can actually speak to (the issues).”

Both the bake sale and the prospective panel are designed to keep the conversation going about the flooding in Pakistan. Naeem said while the flooding occurred in July, public awareness regarding it is already losing traction throughout the world.

“We need to still keep on reminding people that the devastation is long term,” he said.